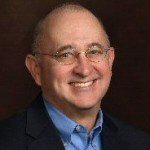 A friend wanted to know if I was writing a Christian book on retirement.

I did not set out to write a theology of retirement. That is, I didn’t scour the Bible to see what the Scriptures said about the concept (the word isn’t used at all) or about aging in general (many passages address this). Such a work might be useful (I’d read it), but it wasn’t what I wanted to do.

Lewis wanted these books to be “the best work on the market” and, thus, more effective in proclaiming the truths of Christianity (especially to those who are uninterested) than “any direct apologetic work.”

So that’s what I tried to do—write the best book on retirement I could—without preplanned pitches for my faith. “Latent” Christianity, I believe, is what happens when your passion and world view slip unobtrusively into your writing because—well, because you can’t help it, because you are who you are.

Anyway, I hope that has happened in this work, but I’m not sure I stayed “latent.” Any secular retirement book that quotes C. S. Lewis (more than once) is a bit suspect. 🙂